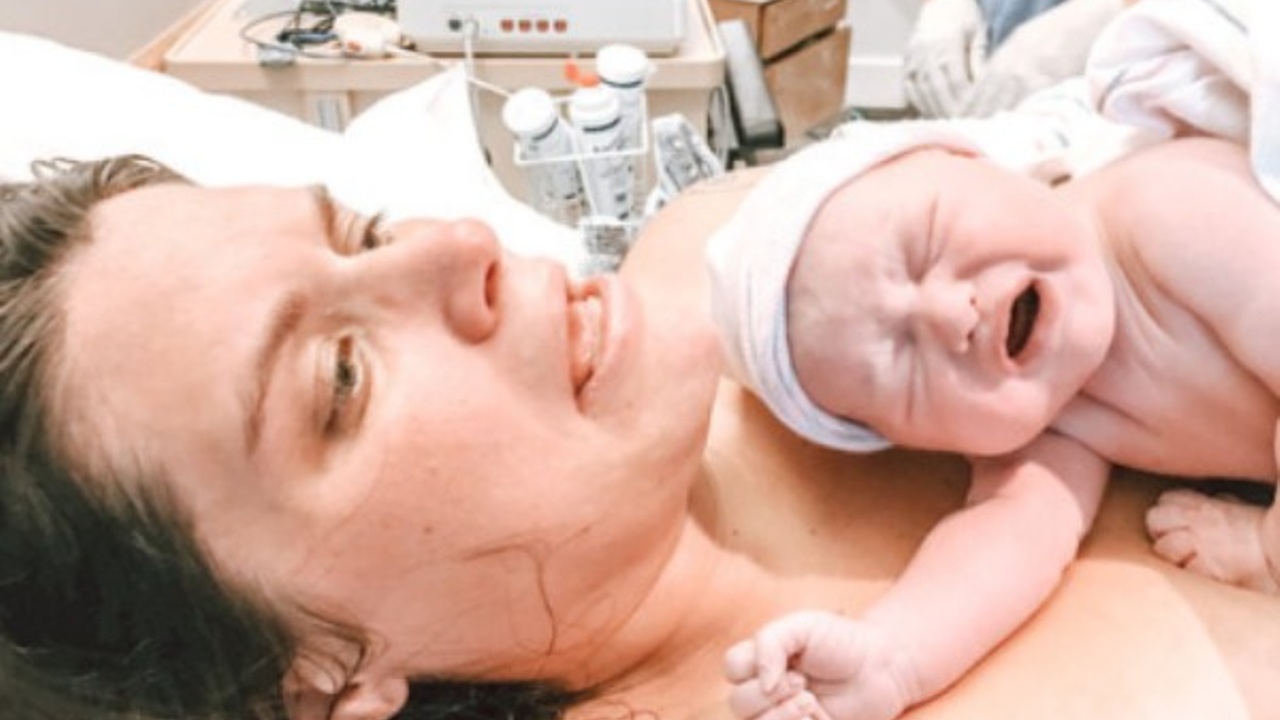 Today Timmie is 3 months old, marking the end of the fourth trimester. The fourth trimester is a critical time for mothers (just like the first three are), but, as Dr. Iona Goldfarb wrote, it is often “swept aside,” in favor of focus by medical providers (and, let’s face it, everyone else) almost solely on the baby.

Don’t get me wrong, I want to focus on my baby, but I also find myself, at this point, focusing on the journey that got me through the fourth trimester for the second time. I never thought I’d share my birth story. Either of them. Maybe it’s the hormones or just a feeling of nostalgia for the life changing experiences, but I finally feel compelled to share. Perhaps the moving moments will move you, too.

Timmie’s birth story really starts with Bailey’s. When I was pregnant with him I did some reading and research, but early on had it engrained in me NOT to have expectations around his birth. “Whatever you think your birth is going to look like, it’s going to look a lot different.” I heard some version of this over and over. So like any good recovering codependent I suited up and resolved to have zero expectations at all. This meant being blissfully ignorant of what was going to happen (or even what could happen). The only thing I knew was that I wanted to wait as long as possible for the epidural — I’m not sure where this desire came from or why it was my only steadfast wish, but that was literally it.

Looking back, I think I veiled my fear of childbirth in the letting go of expectations and judgment of people who decided to actually HAVE expectations (and work with a doula, go to elective birth classes or craft a birth plan). I hid in my fear, saying “no” to any information I could’ve armed myself with ahead of his birth and the result was, well, not what I expected.

I went into labor with Bailey in the early morning of the last solar eclipse. According writer Rosey Baker “a solar eclipse is meant for us to demand more of ourselves, and the events around it will prove to be a test of our strength and resolve to achieve our dreams.” My dream was to have a healthy baby, but I never focused on what I wanted for myself in that my labor and delivery of Bailey consists, in my mind, as a series of snapshots: hobbling to labor and delivery, stopping to hold onto walls along the way when a contraction came on, not being admitted because I hadn’t progressed enough, laboring in our car between 2-3 minute catnaps and opening the car door to throw up, being admitted hours later, nurses administering IVs (of what I didn’t really ask), continuing to get sick and hearing (from whom I don’t remember) that the epidural will stop the constant vomiting, watching the eclipse happen on television across the country (numb from the waist down because I’d agreed to the epidural), waiting, more IVs and drugs to help speed up a stalled labor, more waiting, the realization I wouldn’t have an “eclipse baby” after all, that I’d be in labor for more than 24 hours, that a full day would pass in a hospital bed, finally being told to push, pushing for hours with no progress, the doctor saying we should talk about “alternative options,” shaking uncontrollably as they wheeled me into the OR, holding Bailey briefly before handing him to Pat while they stitched me up so I could continue to throw up. The final snapshot? Complete elation, exhaustion, and a nagging feeling that while I’d had a healthy baby, I had somehow failed at something so many other women achieve: a vaginal birth.

To be be clear: I don’t think c-section births are less of an accomplishment. Women who give birth, however they give birth, are, in my opinion, the definition of “superwoman”. For me, that lingering feeling of failure told me that my fear overtook my desire. And my desire was to experience a vaginal birth.

When I got pregnant with Timmins I decided I wanted to approach my preparation differently in order to have the experience I wanted. I emailed Emily Masnoon, someone I had taken prenatal yoga from when I was pregnant with Bailey and I asked her for help. Specifically, I asked her if she could help me put together that thing I so scoffed at the first time around: a birth plan. She agreed, but she also offered me so much more than that piece of paper to hand to my doctor. She showed me how important self care (spiritual, emotional, and physical) during pregnancy was to the culmination of the pregnancy. Perhaps most importantly, she challenged me. At first I balked at some of her suggestions for reading and writing. When we checked in about my stalled enthusiasm, I realized I was facing that fear again: what if I did all this work and the outcome was the same. Well, she asked, what if it’s not? And even if it is you’ve given yourself this grounding experience during pregnancy. Ok, fair enough, I thought. I dove in, vision boards, meditation, yoga, reading, research. And, ultimately, a birth plan.

My labor with Timmie did not come on strong like it did with Bailey. It was slow and steady. My body, I feel, was easing her into position for weeks. I would have steady contractions and then they would fade. I felt more attune to my body as a result of the work I did, so while the stops and starts were frustrating the intensity of the moments weren’t scary. I was accepting. Eventually the contractions started and didn’t stop. I stayed home longer than I did with Bailey, walking around the house and getting things ready to go slowly, not in a panic. My water broke at home and we headed to the hospital around 3am. This time they admitted me right away. The memory of her birth doesn’t come in snapshots, but as one fluid moment: laboring on the hospital bed to bouncing on a yoga ball to breathing through the intensity of the contractions to allowing it all to just BE with the help of @patrickjbateson and @batesl12th . It was insane, don’t get me wrong, but I always felt in control. I knew about the medications the nurses and doctors were offering and felt empowered to say no. I understood that if I got sick like last time the epidural wasn’t necessarily the fix. And by the time I felt urge to push, I realized I hadn’t opted for the epidural at all and I was about to give a truly natural birth. After just 30 mins of pushing (which felt like 3 hours), Timmins arrived, healthy and happy.

Both of my kids remain healthy and happy, but if I think about ME in each of those birth stories, I got the chance to rewrite the experience the second time around. I’m so grateful I pushed fear aside and took hold of the pen. Poet William Ernst Hensley was right when he wrote: “I am the master of my fate, I am the captain of my soul.”

Stay connected with my inspiring words and updates! 💗

Don't worry, you can unsubscribe at any time. 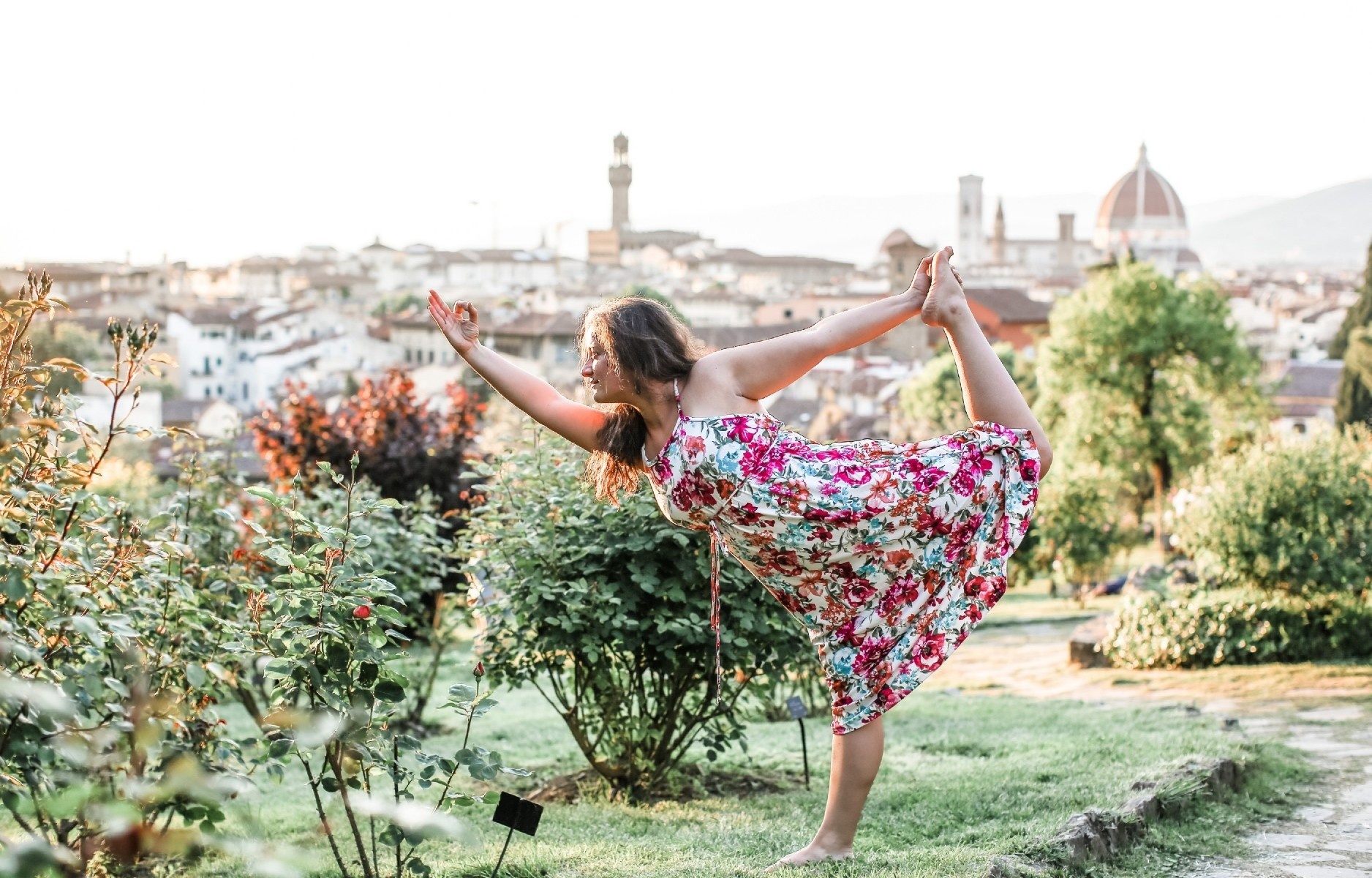 Submit your details to receive my email newsletter.